Remodeling: A Home That's as Good as New

Remodeling: A Home That's as Good as New 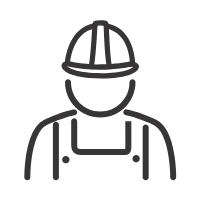 If you are unhappy with your current home, you have two options. You can move, or you can remodel the home to better suit your needs. In most cases, remodeling is actually more affordable, and it gives you more control over the end result. You could add a room or an entire wing to your home, or you can make some smaller changes like replacing your cabinets or adding new flooring. To learn more about remodeling and your many options, read the articles on this website. We will explore a range of topics that encompass both interior and exterior remodeling projects.

The right wall tiles can dramatically improve the …

Designing a new family room provides you with the …

The family bathroom in your home may get a ton of …

When you are ready to make some changes to your ho …

If you're having problems with your roof, getting …

Installing a new shower enclosure is an upgrade that will have the potential to greatly enhance your bathroom. While shower enclosures are an attractive addition, they can also provide functionality by limiting the risk of water getting on the walls or floor when the shower is being used. Whenever a homeowner is assessing their options for a new glass shower enclosure, there are several factors that will play a major role in determining the quality of the results that they get from this investment.

The option of choosing a framed or frameless enclosure will be one of the first design considerations that you will have to make about this upgrade. Framed shower enclosures may be slightly more affordable than frameless options, but they will typically be more difficult to keep clean. Additionally, they can be more likely to develop leaks or other problems that may require the enclosure to be repaired.

Choose Sliding Or Swinging Doors For The Enclosure

The type of door that is used on the enclosure is another factor that will have to be considered fairly early in this process. For those with smaller bathrooms, an enclosure with a door that swings open may not be a practical option as the door could be more likely to suffer chips and cracks due to bumping into other items. Accurately measuring the space in the bathroom around the shower enclosure will give you a better idea as to the type of door that will work the best in this area. A bathroom remodeling contractor can help you with taking these measurements, and they will be familiar with the various shower door options to ensure that you choose one that will be compatible with this space in your home.

Ventilation For The Shower Enclosure

When creating a plan for the new shower enclosure, it is useful to be mindful of the need for the steam from the hot water to ventilate away from the enclosure. Unfortunately, individuals often fail to consider this, which can lead to the shower becoming extremely hot and uncomfortable when they are using it. In addition to leaving small gaps along the top of the shower enclosure to allow steam to move away, some individuals may want to place a ceiling vent above the shower to further remove the steam that is accumulated. In addition to making your showering experience more enjoyable, these features can also reduce the risk of the steam contributing to water damage or other issues for the ceiling or the areas surrounding the shower enclosure.